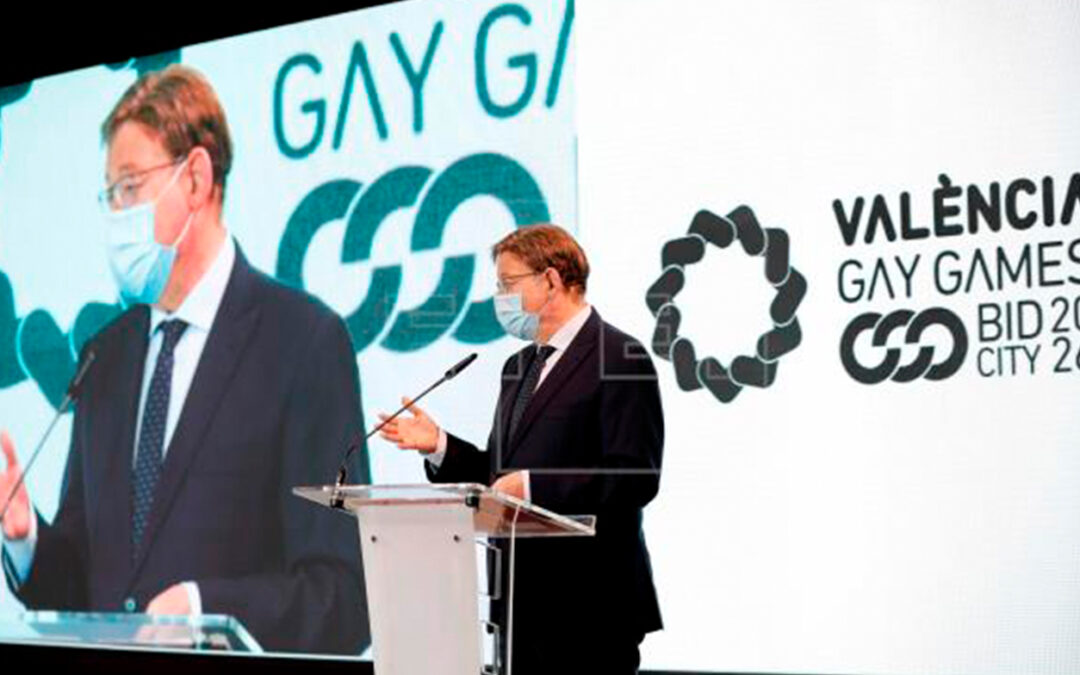 The city of València has made its official submission as one of the 3 finalist cities, together with Munich (Germany) and Guadalajara (Mexico), to be the host of the Gay Games 2026, and has affirmed that it wants to be “the light of diversity” and an example of tolerance, social rights and freedom.

From 13th to 17th August, there will be an inspection of the city by the organisation, whilst the defence for the application will be in Hong Kong, there city where the 2022 edition was hosted, from 5th to 9th November; on the last day, the winning city will be announced from the shortlist of finalists.

The Gay Games will be held over 12 days and the data for the 2026 edition will be between 27th May and 7th June, during which 36 sporting disciplines will compete. There is expected to be participation from around 12,000 sports people and almost 100,000 visitors, with an economic impact for the city of around 135 million euros.

The presentation ceremony for València’s application at the Veles i Vents La Marina building also saw the attendance of the President of the Valencian local government, Ximo Puig, as well as the President of the València Government, Toni Gaspar, and the Minister for Sport from the city council, Pilar Bernabé, amongst other institutional members, presidents from several sporting federations and representatives from the business sector.

Puig stated that “being the host for these games is about being part of the values for this collective and fighting for public freedoms and social rights. Seeing what is happening in Europe in countries like Hungary, visibility of the fight for decency is absolutely essential”.

“Being the hosting city for this event is a unique opportunity which will proliferate the city’s positive image and that of the whole region of Valencia. It will have a huge sporting, cultural, social and economic impact on the city. Inclusion involves each and every one of us”, she added.

For his part, Gaspar stressed the joint cooperation of the three institutions in this application, which he said shows that València is a place of “solidarity, tolerance and freedom, not just a place where you can have a few beers”.

Pilar Bernabé emphasised that it was the Spanish Government that suggested València should submit its application, given its ability to organise sporting events “and due to the fact it is a reference point for inclusivity”.

The representatives from the LGBTQ+ Samarucs and Dracs sports clubs recalled there being “LGBTQphobia” in sport and how at the Olympic Games in Rio only 0.05% of sports people made it apparent they belonged to this collective, as they believe that sport “is still a hostile environment for LGBTQ+ sports people”.